Beginning in October 2017, the competition is played exclusively at Shoot Pool & Snoooker and the league is open to anyone who wants to play or learn, being structured to ensure that players of similar abilities are placed in the same divisions offering a challenge to those experienced players whilst a more relaxing experience to beginners.

Season 1 had a single division and was won by Martin Langley. 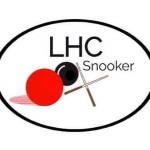 LHC Snooker, is promoting amateur and club level snooker across the South East. More competition for all. Supporting local leagues and players.

News about Season 2 of the Shootpool Snooker Singles League.

Peter Ward, David Feore and Robert Mutch all remain unbeaten with four wins from four after the first third of the inaugural Alex Higgins League season.

Peter Ward is the early leader in the new Alex Higgins Snooker League after the first 2 rounds of fixtures.

There is nothing in the snooker schedule.

There are no seasons currently running.