The Summer League is a competition started in June 2013 that offers a League competition through the summer months with an alternative match format.

The 2013 season was successful with 8 teams taking part in the competition and congratulations go to Shoot Bolts who won the league with a 100% record. This feat was matched in the 2014 season, with Shootpool Reds winning the league unbeaten.

In 2015, we saw more teams enter, and the 12 teams were split into two groups with the groups drawn randomly, playing the 5 other teams in their group home & away, with the top two from each group progressing into a knockout stage that saw The Harry Potters beat Ex-Services A's in the final.

2016 saw 16 teams competing, split equally into four groups this time, with the top 2 in each group progressing into the knockout stages and the bottom two from each group entering the new Shield competition with New Zealand "B" winning the Premier title and Shoot Wonky clinching The Shield in the last frame of the final.

The Summer League played to Blackball rules. Each match is split into 2 halves, the first half consisting of 6 singles and the second half of 4 singles followed by a scotch doubles frame. Similar to AIPL, players can only play a maximum of two frames, one in each half, so can either play one singles frame in each half or a singles in the first half & the scotch doubles frame in the second half. With teams only playing each other once in the group stage, the teams will pick the players and fill the cards in the same manner as the AIPL, but with the home team listing their players first in the first six, and the away team selecting first in the second half. A lag will take place before first frame to determine who gets the first break, and will be alternate breaks thereafter. Teams score 3 points for a win. If teams are level at the end of the group stage, the league placings will be decided by points, then frame difference then head to head record between the level teams.

Blues Comeback Vs Wonky Weavers To Set Up Shootpool Final

Roths Dump Out Snipers, NZ/Fubar/Blacks Through

Review of Round 1 in Summer League Shield.

The New Zealand Win Group A Ahead Of Shootpool Snipers

Review of Week 11 in Summer League Group A.

Fubar win Group B ahead of SP Blacks

Review of Week 11 in Summer League Group B.

Snipers and NZ Both Win To Set Up Finale

Review of Week 10 in Summer League Group A.

Review of Week 10 in Summer League Group B. 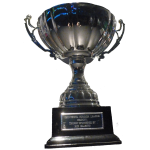 Premier
Premier division in the Summer League with all teams competing.
The Shield
Knockout cup competition for teams dropping down from the Premier.